Pseudogout is a type of arthritis that is characterized by the development of a painful swelling that occurs suddenly in one or more joints. It is also known as calcium pyrophosphate deposition disease (CPPD) because of the type of crystals that are deposited on the joint during the disease process.

The most commonly affected joints are the knees, followed by the wrists and ankles.

During a pseudogout attack, the following signs and symptoms may be experienced in the affected joints:

Pseudogout has been associated with the deposition of pyrophosphate dihydrate crystals inside the joint, although most people with such crystal deposits do not develop pseudogout. These crystals increase in number as you grow older and are present in at least half of the population over the age of 85 years.

The following factors put you at a higher risk of developing pseudogout:

The pyrophosphate dihydrate crystals which have been linked to pseudogout may damage the joint, mimicking signs and symptoms of rheumatoid arthritis or osteoarthritis. 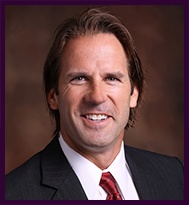